ART IN THE COUNTY is an annual juried exhibition and sale presented by the Prince Edward County Arts Council and Welch LLP.

Art in the County is recognized as the premier art exhibition in Eastern Ontario. Since its inception in 1993, AITC has hosted over 56,000 visitors, showcased close to 2,300 of the highest quality works of art by Prince Edward County artists and artisans, and has sold over $350,000 worth of art to collectors, buyers and art lovers alike. 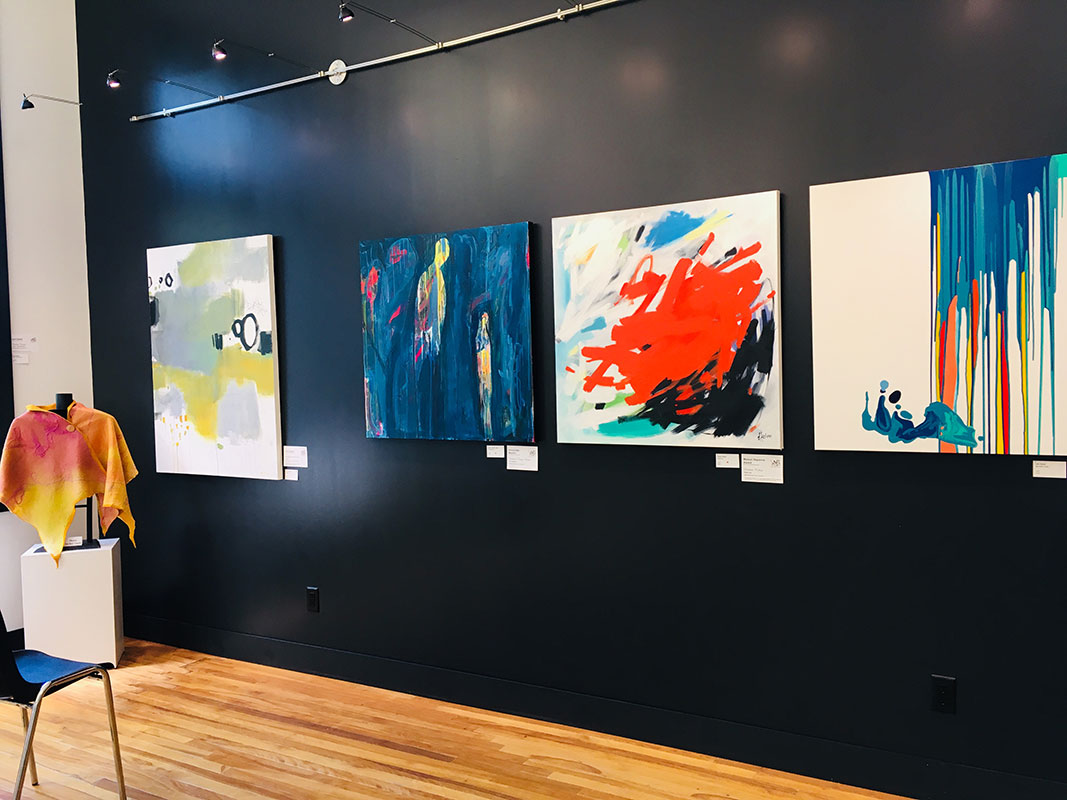 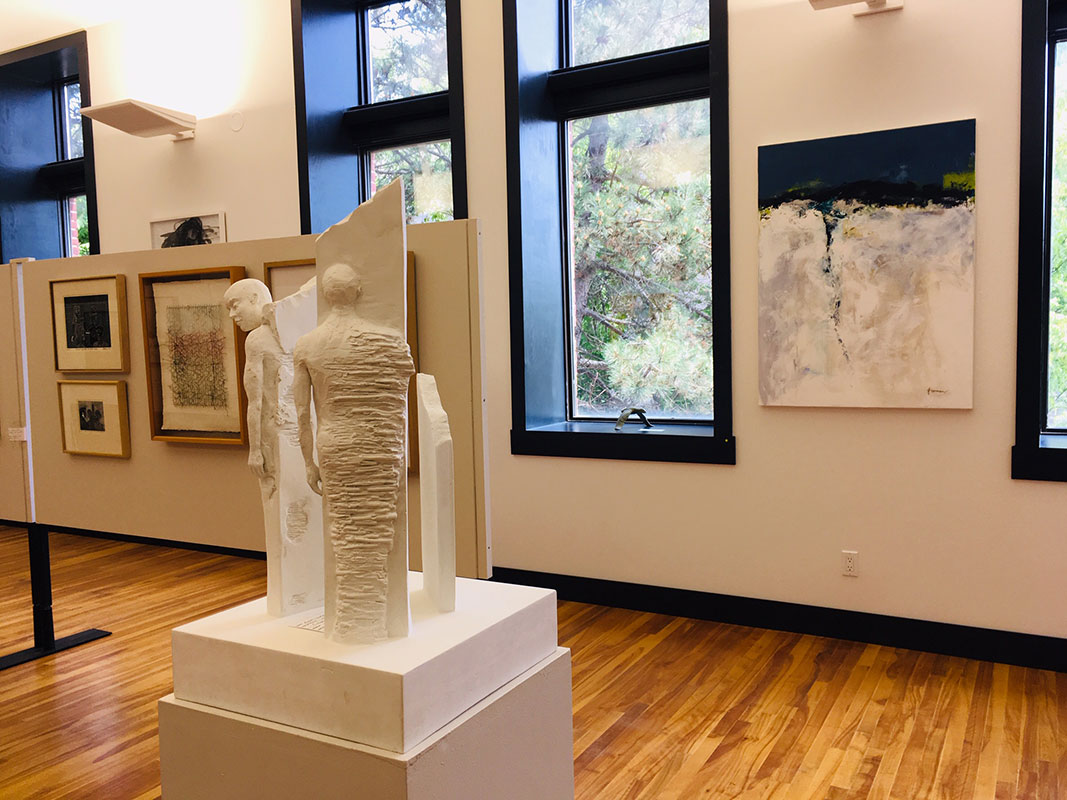 The 28th Annual ART IN THE COUNTY Juried Exhibition and Sale will take place from Friday, June 18 to Sunday July 4, 2021.

Due to the continuing COVID-19 global pandemic, this year’s show is moving online again. As in 2020, there will be no admission charge and no specific opening hours – you may visit our online gallery at any time. Between June 18 and July 4, you will be able to click on a link on our Welcome page to view digital images of this year’s County artworks chosen by our Jurors. An advantage of an online show is that it has the potential to reach a wider audience.

As always, all works are for sale and AITC accepts Visa and Mastercard for art purchases; payments are to be made using the online payment system developed in 2020.

AITC is pleased to welcome the return of WELCH LLP as Presenting Sponsor. For over 19 years, Welch LLP (previously through Murray & Associates) has supported the Art in the County juried exhibition and sale. We are grateful for their continued support that helps make this show possible.

Wayne McNulty and Don Pinder moved to Wellington in 1995, and quickly became very involved with the arts community. In the early 2000’s, Wayne and Don were central in leading the reorganization of the Prince Edward County Arts Council and providing it with a foundation of growth and professionalism.

Wise, dedicated, efficient, creative and humble, Wayne was an active member of the Prince Edward County Arts Council, and for over a decade served on the Board of Directors, including as Chair from 2000-02. Wayne was a founding member of the first PEC Jazz Festival, helped to foster PEC Music Festival and initiated the Student Arts Award, which continues to help local youth pursue post-secondary studies in the arts. As a keen photographer, Wayne advocated for a Photography Show, similar to Art in the County. He prepared a position paper for Arts Council approval, and then assumed leadership in the Steering Committee to create the Eastern Ontario Photo Show, Clic. He was one of the original members of Arts on Main Gallery (2008) and a volunteer committee member of Art in the County. Wayne was a sharp-eyed, accomplished photographer, his work featured in several juried shows and solo exhibitions. Wayne’s passion for the arts was demonstrated by his significant involvement- he spent hundreds of hours lending his expertise, working on logos, websites, publications, posters, and certificates.

Don Pinder artist, leader, volunteer, innovator, juror, show stager, and mentor, dedicated his time and energy to enhancing the profile of the arts in the community, and to increasing the breadth, depth and quality of the presentations in various media. For over a decade in the 2000’s, Don’s curation of Art in the County never failed to dazzle. He also curated the inaugural Eastern Ontario Photo Show; and for many years he juried and curated shows for the Belleville Art Association, and Gallery 121. As an aficionado of jazz, he was a founding member of the PEC Jazz Festival. Don created logos and original artwork for Art in the County, Clic, The Eastern Ontario Photo Show, the Jazz Festival, Regent Theatre, Slickers ice cream, Command Performance choir, and Gallery 121 along with eye-catching posters and publications. Wayne and Don moved to Ottawa in December 2020, where sadly Wayne passed away in January 2021. Don, whose health is not good, remains there surrounded by his supportive family.

Art in the County and the Prince Edward County Arts Council launched The Community Arts Builder Award in 2018 during the 25th anniversary of Art in the County. Sponsored by Laurie Gruer and Monica Klingenberg of Chestnut Park Real Estate Limited Brokerage, the award recognizes an individual who has enriched community life in the County through the arts. The award includes a $250 monetary gift.

To Nominate Someone for the Community Arts Builder Award

Each nomination must include one (1) nominator and detailed information about the nominee as outlined in the submission form. Only fully completed submissions will be considered. All community members are invited to submit nominations. Nominators may submit more than one nomination. NOTE: Members of the Board of PEC Arts Council, the Art in the County Organizing Committee or any committee members of activities related to the PEC Arts Council are not eligible to submit nominations.

Nominees may fall into (but are not limited to) one of the following categories:

For more information about the Community Arts Builder Award, call the Prince Edward County Arts Council at (613) 476-8767 or e-mail: artinthecounty@countyarts.ca.

Three Canadian art professionals are solely responsible for determining the exhibition’s content, and selecting the Jurors’ Choice and Honourable Mention award winners. We are pleased to welcome three exceptional jurors whose experience and insight will be instrumental in providing a high quality experience for both artist and visitor.

Read more about our Jury

It was held in the lovely heritage space above the Picton Old Town Hall and for the next 18 years the space was converted annually into a fine art gallery displaying the best work of County artists. In 2012, the exhibition moved to a new home, a much larger gallery space above Books and Company on Picton’s Main Street where it stayed until 2017. In 2018, the exhibition moved to The Armoury, centrally located on Main Street beside the Picton Public Library. In 2020, the show was held online due to public health requirements to limit public gatherings due to the COVID-19 pandemic.

In the show’s early years, only two-dimensional pieces (mainly paintings in oil and watercolour) were eligible for entry. Since then, the event has expanded to include art from an impressive range of media, including paintings in encaustic, oil, watercolour and acrylic; and works in glass, fibre, ceramics, pottery, mixed media, photography, wood, fabric art, sculpture and jewellery.

Since its inception in 1993, Art in the County has grown in scope and stature, showcasing the highest quality works of art by Prince Edward County artists and artisans.

Today, Art in the County is a signature event of the summer season in Prince Edward County. The show attracts thousands of visitors, generates meaningful opportunities for County artists, and provides economic benefits for businesses across the County.