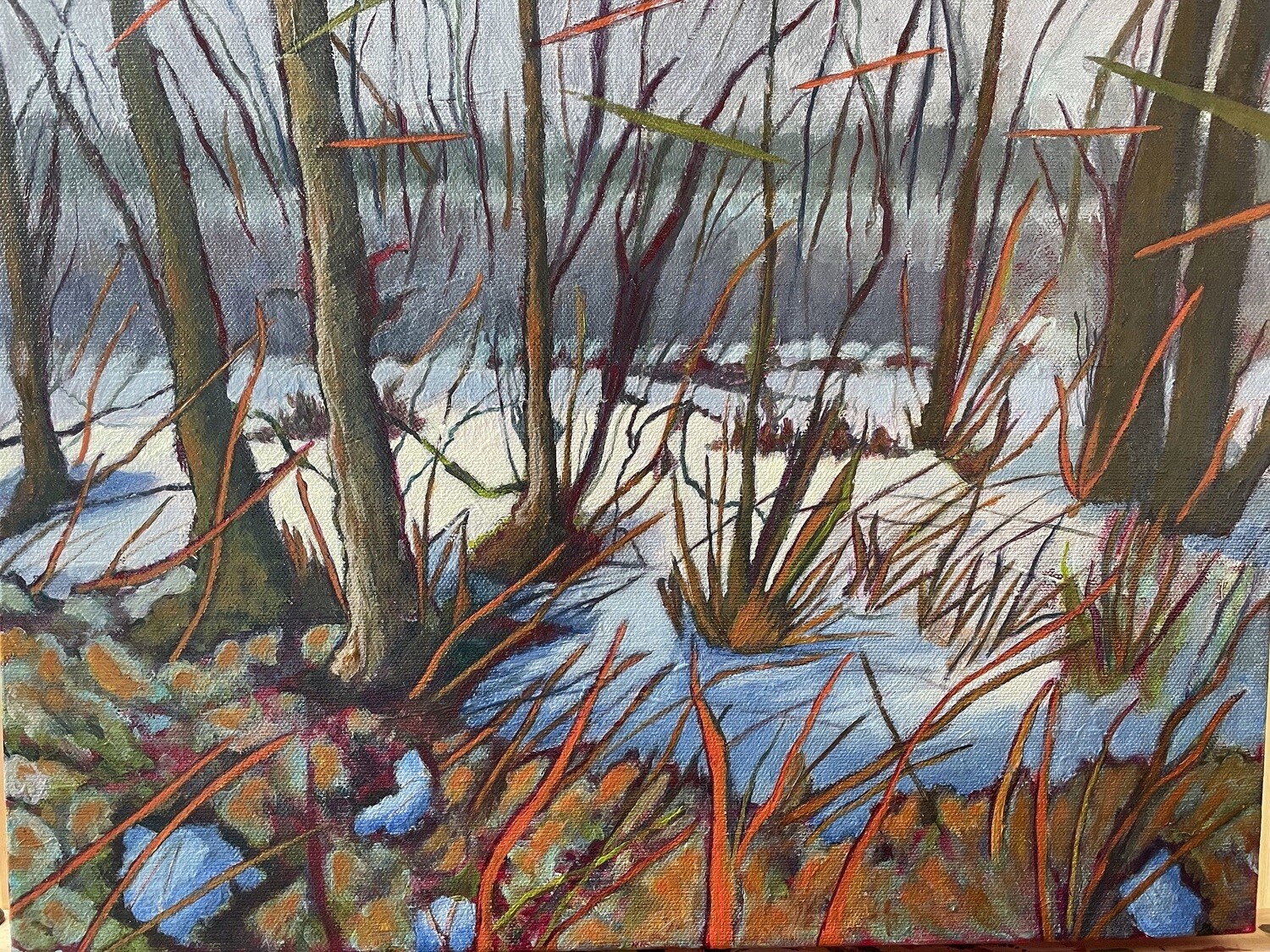 Tassie Notar is an award-winning television producer and documentary filmmaker. Before retiring from the CBC, she produced and covered major news and current affairs stories for over thirty years and spent her last years as executive producer of CBC’s Marketplace. But painting has been part of her DNA from her childhood when she was totally enamoured with her father’s efforts in their basement studio in Montreal.

Tassie began painting in earnest when she moved to the County five years ago and finally had the gift of time required to learn new techniques and apply the discipline she developed in her prior professional life. Committed to her ongoing artistic learning, Tassie takes various classes locally and studies at the Haliburton School of the Arts as well as the Toronto School of Art.

After having lived downtown in large cities for most of her life, Tassie is fortunate to now live on farmland surrounded by trees and water. The beauty and chaos of the natural world drives her passion to work on canvas with a brush in hand. Using acrylic, her medium of choice, she is drawn to abstract landscapes – exploiting what is already present with bold colour and lines to evoke movement and playfulness in her work.