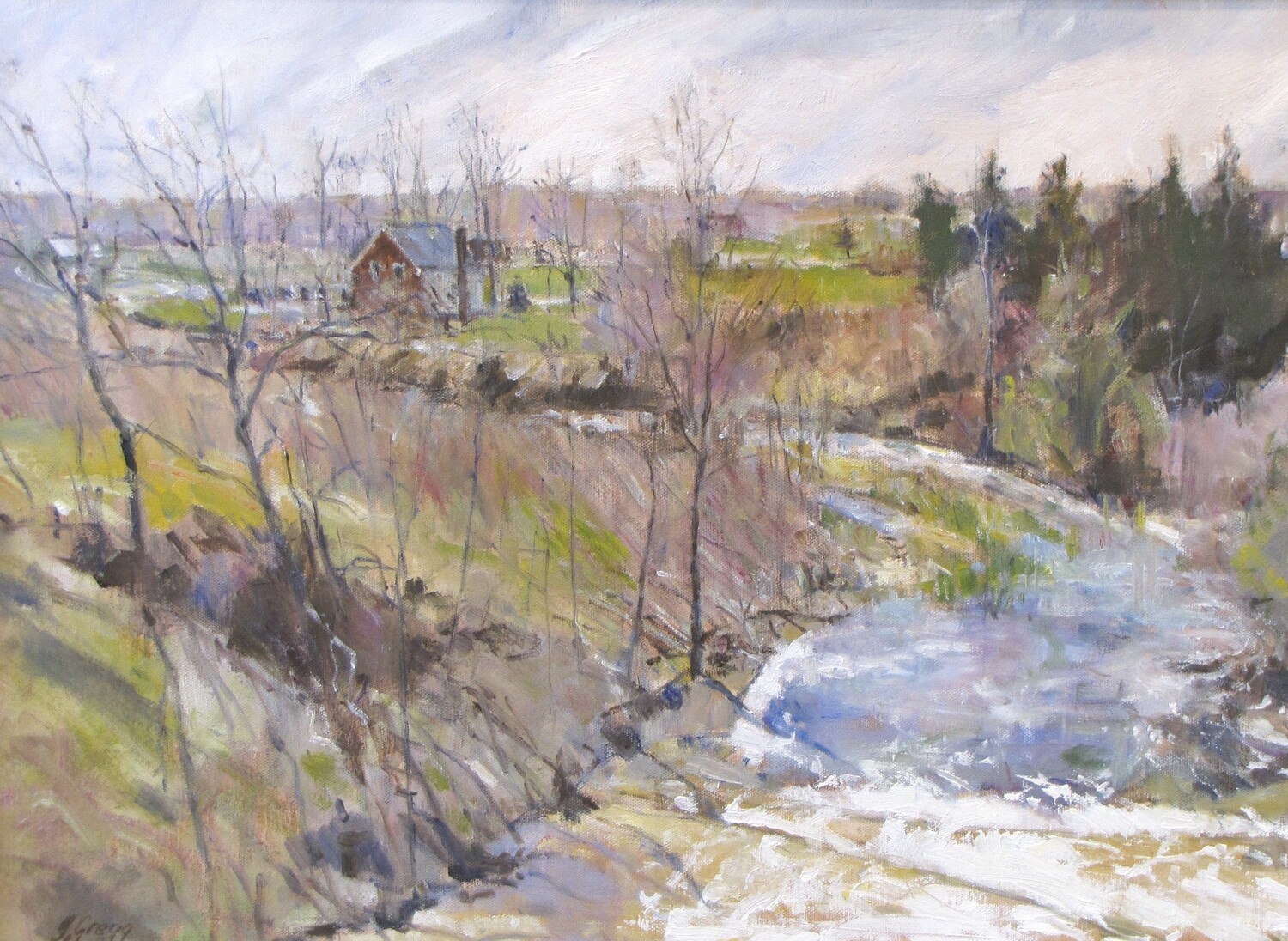 John Gregg is a graduate of the Royal West of England College of Art. He emigrated to Canada in 1966 where he worked as an Art Director for four years. He formed his own company in 1970 and it operated until 1999, garnering National and International Design awards during the course of its existence.

Throughout his professional career, John Gregg has pursued his love of fine art, drawing and painting. This has resulted in joint exhibitions of his work at the Bristol Museum, Frost and Reed and Hazelton Lanes Galleries with one man shows at the University of Toronto [Erin Mills Campus] and the Post Office Gallery, Oakville.

His work is equally balanced between portraiture and landscape, and sometimes a combination of both. It falls broadly between expressionism and impressionism. Painters that have influenced his work have been, Kokoschka, Degas, the post impressionists, also British schools of painting indicative in the works of Sutherland, Augustus John, Eardley, Freud and others of that period. He works mainly from sketches, water colour notes and photographs for landscapes and model sketches for portraiture.

John Gregg perceives a painting as a crystallization of mood, time and space.